Hi, i was wondering could i have some of your thoughts on the following in relation to the analysis of a horizontal rigid floor diaphragm over a transfer structure or maybe someone has come across it before. If you have a shear wall layout at different floor levels on upper floors on a structure which the location of the bracing walls mirrors each floor level i.e. Shear walls are in the same location the entire height of the building. 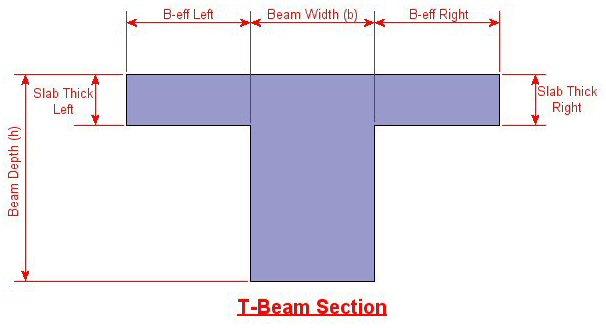 However when you get to lower level the walls become blade column, thicker walls and some are located in different areas i.e. Ibert Flute Concerto Program Notes Examples. Thus the horizontal load distribution on the lower floor level where the wall has change would be different to the walls above.

For the lateral load distribution analysis of the lower wall level diaphragm, to find out how much load is allocated to each wall depending on its stiffness, would you apply the total horizontal load for the upper levels at the centre of rigidity of the upper walls, at the centre of rigidity location on the lower level diaphragm as one force in each direction, then just analyse the lateral loads at the lower level which are applied directly at that level separately. I have previously always placed the total lateral load over transfer levels at the centre of rigidity of the upper wall layout., however now I am not too sure? Has anyone ever come across this in the past, analysing using hand calculations rather than software. As a really simplistic example basically if You had say a 30m x 30m square area on plan forming a floor diaphragm on upper levels of a building. At each one of this those levels You then have one bracing element only in the right hand corner of the 30m x 30m square. From this You apply say evenly distributed horizontal wind load across the face of the level applied at the centre of pressure I.e.

Say 15m in from each side, the bracing member in the corner then takes all the loading based on its stiffness as per any general shear wall layout. The horizontal load acts at the bottom of this wall, and this diaphragm has a shear centre or centre of rigidity (say it works out at 3m in from right hand side as an example) at which the overall load acts away from the centre of pressure which is where eccentricity causes any torsion etc in the diaphragm. So when you get to the bottom transfer level which is still a 30m x 30m square, however on this level you suddenly have 2 bracing elements one on the right hand side and one on the left hand side this time, thus the shear centre or centre of rigidity changes of the wall stiffness of the diaphragm changes, so my issue is that the loads applied directly at that level to the face of the transfer level are placed at the centre of pressure at that level say again 15m in from either side. However are the loads from the levels above which are also transferred through this level applied at shear centre of the above wall system (in this case say 3m in from right hand side as above) or at the centre of pressure on the wall system above which would be 15m in from either side? I would have thought that the total horizontal load above are applied at the shear centre of wall system above on the plan of the transfer level wall system below? And that's what I have assumed in the past when we construct buildings with transfer levels. Thanks in advance for any reolys on this one.

What I'm trying to do (for completeness in my software) is to provide an analysis of a simply supported RC beam at intervals of span/20 - BM, SF, depth of concrete compression zone, lever arm and force in tension steel. For a singly reinforced beam it's a trivial exercise since there can be only one solution at any point. What I can't seem to see, despite consulting several books, is the assumed distribution of forces in a doubly reinforced beam: obviously some of the moment is carried by opposing compressive and tension bars with the rest being taken by the compression zone concrete and tension steel. At a point where (say) the applied moment is one third of the maximum design moment it's probably the case that it could be resisted by the reinforcement only or by the section without the compression reinforcement, but presumably the correct answer is some of each. Help appreciated. Hi, I am designing a transfer beam 10m long with a permissible deflection of 5mm at 1/3 locations.

The reason for such an onerous design requirement is to suit precast cladding that will be sitting on the beam. The beam is underneath an RC flat slab which picks up these load bearing precast panels. My question is what load combination can I use to check for deflection. If I were to design this as an RC element i could use the combination of 100% permanent and 30% variable for deflection as per Technical Report 58 from the concrete centre. Seeing as the steel beam is picking up an RC flat slab which supports the precast elements I could see an argument for it!

The eurocode isn't very clear on what combinations to use for steel for steel deflection check. BS EN 1991-1-1:2002, equation 6.2, page 23 allows a reduction factor for variable load depending on the number of stories supported. In our case it would 70%-80% Looking forward to your assistance •. Ipod 4 Keygen Idm more.