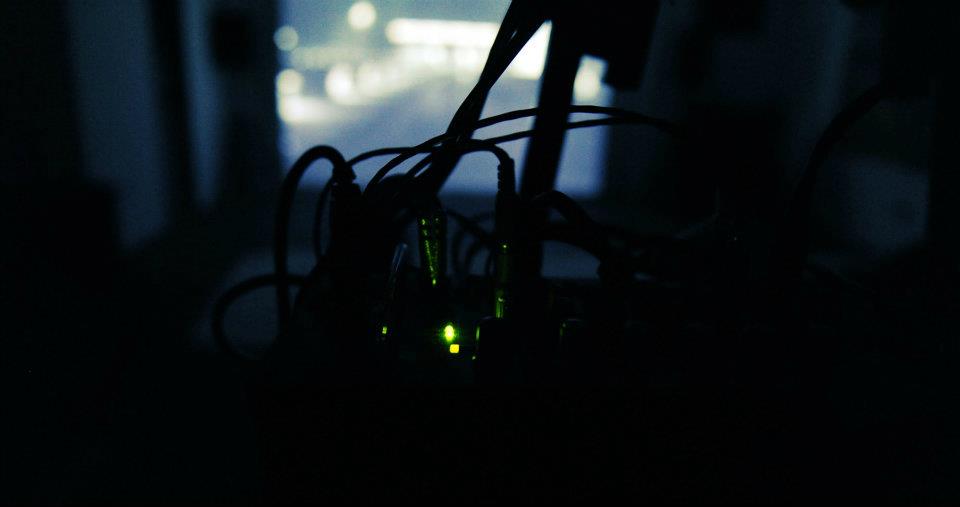 My passionate teenage obsession with Radiohead coincided with the rise of Napster. So whereas previous generations of fanatical music fans lived and died by record stores, catalogs, and zines, I surfed the far recesses of the internet for rarities and had them delivered directly to my hard drive at snail speed. Maybe that was a pathetic way to spend an adolescence, but all those hours toiling at the mercy of a dial-up modem are finally paying off! In honor of Stereogum’s, it’s time to run down the band’s greatest non-album tracks. If you removed all of Radiohead’s studio albums from their discography, their accumulated body of work would still be both vaster than and superior to most other bands’. Their B-sides and rarities cover an even wider stylistic range than their album tracks, and as with most prolific musicians, some of the more obscure material ranks among the absolute best. There are some honest-to-God masterpieces in this playlist, and if you’ve never experienced the likes of “Talk Show Host” or “Polyethylene (Parts 1 & 2)” before, I am so stoked for you.

Most hardcore Radiohead fans probably already know every single one of these songs inside-out, and if you’re among that crowd, I’m excited to revisit them with you and nerd out together. All these years later, this music still makes me giddy. A word about my methodology: The list is chronological by era. I only included studio recordings, so no live favorites like Radiohead’s cover of Can’s “” were eligible. And anyhow, we already rounded up four years ago, so no need to revisit those here. “,” a song that only appeared on I Might Be Wrong: Live Recordings, was also left out because a live album is an album nonetheless.

Thom Yorke’s collaborations with the likes of,, and are omitted, too; only proper Radiohead songs are included here, not Yorke solo joints. Even with all those restrictions in place, narrowing this down to 30 songs proved difficult. Radiohead’s catalog runs deep, and so does my love for it. 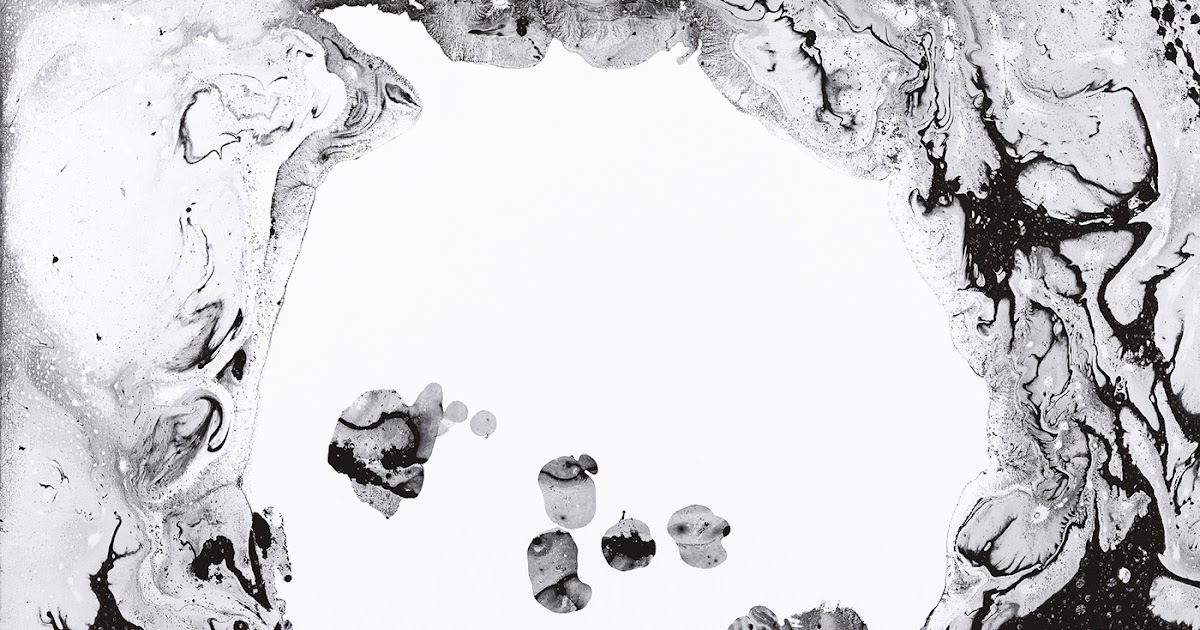 “Million Dollar Question” (First appearance: “Creep” single, 1993) This melodic fuzzbomb is better than most of the songs that actually made it onto Pablo Honey. “Million Dollar Question” veers from a rip-roaring, overdriven rock song to a swooning, pleading breakdown and back. Even on such a straightforward song, the value of a powerful rhythm section cannot be overstated.

“Faithless, The Wonder Boy” (First appearance: “Creep” cassette promo, 1993) The Smiths influence noted in our is evident here, so much that “Faithless The Wonder Boy” damn near invented Belle And Sebastian two years before Tigermilk. The chorus is total college-rock crunch, though. “Coke Babies” (First appearance: “Anyone Can Play Guitar” UK single, 1993) This shoegaze slow-burn plays like an early draft of “Airbag,” its massive wash of guitars cascading into a tingly, all-consuming swoon.

“The Trickster” (First appearance: My Iron Lung EP, 1994) “The Trickster” is another full-fledged guitar assault. Yorke seems to be duetting with Greenwood’s razor-sharp lead parts throughout, Radiohead’s two must powerful voices hurtling downhill in tandem. “Permanent Daylight” (First appearance: My Iron Lung EP, 1994) The song is called “Permanent Daylight,” but it sounds like plunging deeper and deeper underwater, a sensation alternately terrifying and thrilling. “Maquiladora” (First appearance: “High And Dry”/”Planet Telex” UK single, 1995) When people say they miss when Radiohead played guitars, this is what they mean.

“Maquiladora” is a swaggering beast of a rock song, a compendium of monster riffs that still holds together as a song. You might not notice what a force of nature “Maquiladora” is due to Yorke tempering the aggression with gorgeous falsetto flutters, but damn, this thing slaps. “Killer Cars” (First appearance: “High And Dry”/”Planet Telex” UK single, 1995) Songs about Thom Yorke’s deathly fear of automobiles comprise a fertile subsection of Radiohead’s discography.

(See also: “Airbag.”) But he’s never more plainspoken about it than on “Killer Cars”; sample lyric: “I’m going out for a little drive/ And it could be the last time you see me alive.” The band, in turn, delivers one of the most direct performances of their career, a guitar-powered slaughter topped off by one of Jonny Greenwood’s earliest signature riffs. “India Rubber” (First appearance: “High And Dry”/”Planet Telex” US single, 1995) Even on a song that ends in maniacal laughter, Phil Selway’s drums are the star here. Eventually a full-fledged rock song kicks in, power chords and all, but the floaty keyboard verses are where it’s. “How Can You Be Sure?” (First appearance: “High And Dry”/”Planet Telex” US single, 1995) They must have gone down to the wire deciding whether to put this or “High And Dry” on The Bends, and I’m not entirely sure they made the right choice. “Talk Show Host” (First appearance: “Street Spirit” single, 1996) “Exit Music (For A Film)” was written for the closing credits of Baz Luhrmann’s Romeo + Juliet, but “Talk Show Host” was the Radiohead song on the soundtrack. As such, that simple, haunting opening keyboard riff will always remind me of Leonardo DiCaprio and Claire Danes. It doesn’t stay so glamorous for long.

Yorke spins a story of a TV personality mid-nervous breakdown, locking himself in a room with a pistol and a brown-bag lunch. By the time the drums are rumbling and the bass is grooving, the song has become its own context. “Pearly” (First appearance: “Paranoid Android” single, 1997) Yorke sings about impossibly pearly teeth here, but Greenwood’s lead guitar line cuts through the song like the fangs of a wild beast. Fumefx For 3ds Max 2009 32 Bit Free Download. Selway’s drum part lends the song a drunken sway, as if that beast is about to topple over.

“A Reminder” (First appearance: “Paranoid Android” single, 1997) “A Reminder” has always sounded stark and post-apocalyptic to me, but it’s actually about a more natural variety of creeping death. It’s one of the most sentimental songs in Radiohead’s repertoire, Yorke begging a lover to set him straight if he ever gets old and jaded: “Whatever happens/ If we’re still speaking/ Pick up the phone/ Play me this song.” “Polyethylene (Parts 1 & 2)” (First appearance: “Paranoid Android” single, 1997) The EP, a collection of the best OK Computer B-sides, is better than most bands’ best albums. It’s even better than some of Radiohead’s own albums. The thing is a total masterstroke, and “Polyethylene” is its crown jewel. After a gentle, beautiful acoustic interlude, the spiraling chord progression initiates like engines revving for liftoff. What follows is pure elation, one of the purest distillations of Radiohead’s genius.

I’m not sure OK Computer can be improved upon, but if they’d found a way to fit this in maybe! “Lull” (First appearance: “Karma Police” single, 1997) At the height of Radiohead’s guitar era, just about any convergence of Yorke’s tortured-angelic falsetto and Greenwood’s elastic fretwork felt like a force of nature, even on a minor work like “Lull.” “Palo Alto” (First appearance: “No Surprises” single, 1998) “In a city of the future, it is difficult to concentrate.” So begins the Airbag EP’s combustible closing track, perhaps the only time Radiohead have managed to make technology-fueled alienation sound fun. “How I Made My Millions” (First appearance: “No Surprises” single, 1998) This one’s just a home recording of Yorke at his piano, conjuring beauty out of thin air.

According to legend, you can hear his girlfriend, Rachel, doing the dishes in the background. “Melatonin” (First appearance: Airbag / How Am I Driving EP, 1998) The stumbling drums and celestial keyboard glow make “Melatonin” sound like an alien encounter, but it’s actually an ode to Yorke’s son. The lyrics are simple, smart, and touching: “Don’t forget that you are our son/ Now go back to bed/ We just know that you’ll do well/ You won’t come to harm/ Death to all who stand/ In your way, my dear.” “Trans-Atlantic Drawl” (First appearance: “Pyramid Song” single, 2001) Kid A and Amnesiac were not the kind of albums you could reasonably describe as “playful,” but Radiohead weren’t entirely humorless during that era. Exhibit A is this queasy, deconstructed rock rave-up, although even it descends into a depressive keyboard figure. “Kinetic” (First appearance: “Pyramid Song” single, 2001) Most of the best Kid A/ Amnesiac B-sides feel like mirages — shimmering, shapeless portals to some foreign astral plane. “Kinetic” starts out as one of those songs, but there’s a frantic barrage of percussion on the other side of the wormhole.

The real “Cuttooth” is way better than that. “Gagging Order” (First appearance: “Go To Sleep” single, 2003) Kind of maddening that was stuffed with so much filler yet they couldn’t find room for this magnificent solo acoustic beauty.

“I Am Citizen Insane” (First appearance: “Go To Sleep” single, 2003) Like Caribou’s psychedelic electro-acoustic tour de force Up In Flames, but with extra glitches. “Go Slowly” (First appearance: In Rainbows bonus disc, 2007) A song that follows its own advice, “Go Slowly” is a glacially paced ballad that hits with seismic impact despite its minimal arrangement. “4 Minute Warning” (First appearance: In Rainbows bonus disc, 2007) Islands’ Nick Thorburn “4 Minute Warning” as his favorite Radiohead song, and although I don’t share the sentiment, I see the appeal. Thorburn’s take: “It’s so sparse, elegantly minimal. I like the changes, and the murky, swampy movement from chord to chord. I think it’s relatively anomalous because the instrumentation is extremely traditional by anyone’s standards, and especially Radiohead’s.

It sounds like there’s guitar, bass, piano, drums and vocals! It’s not re-writing the book on pop song modalities or whatever, but the song is pretty. And 4 minutes AND SEVEN SECONDS.”. “Staircase” (First appearance: “The Daily Mail”/”Staircase” single, 2011) “Staircase” is one of the band’s mostly aptly titled tracks. Its brisk rhythms and eerie keyboard figures conjure the sensation of ceaselessly spiraling to the top of a tower, Vertigo-style. “The Daily Mail” (First appearance: “The Daily Mail”/”Staircase” single, 2011) One of the finest piano ballads in Radiohead’s discography, the straight-laced “The Daily Mail” didn’t belong on The King Of Limbs, but it belongs in your life. // Check out more from Radiohead Week on Stereogum.